Recapturing Time in the Modern Workplace 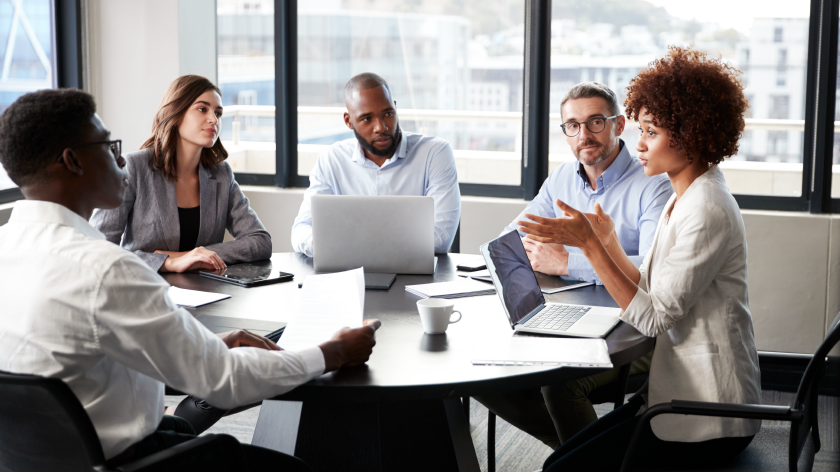 Benjamin Franklin was a Founding Father of the United States and a successful inventor, author, philosopher, scientist and civic activist – a prolific individual, even by modern standards.  How did he manage to squeeze so many accomplishments out of a 24-hour day?  Franklin kept one of the earliest-known to-do lists, beginning each day with a set of intentions, to maximize his time and energy. He utilized time blocks on his calendar to allow for deep thinking without interruption.  While the world has changed a lot since the 19th century, our desire to fit all of our activities into a day has not.

While modern society’s technological leaps have created many more distractions and demands on our time, technology also has the potential to be an enabler if leveraged appropriately. From email to instant messages, there is now a communication channel for every occasion, which has made it possible for people to be constantly connected to work, even when they are not in the office.  In an increasingly connected world, the concept of bandwidth management becomes more important than ever. While we might technically have the time to get something done, we need to ensure that it does not compromise our ability to complete tasks to the best of our abilities.  Here are a few things that seem to trip us up:

Where should I channel the distraction? From instant messages to video conferences

Whether synchronous, like instant communication or video conferencing, or asynchronous, like emails, online communication has taken over the workday, with each channel creating additional distractions and demanding a system of filtration.  With the text-message feel to many instant communication channels, people feel obligated to respond immediately.  But with some organizations featuring more chat channels than workers, keeping up with one’s messages is nearly impossible [1].  According to a McKinsey Global Institute report, workers are spending 28% of their average workweek reading and answering emails, checking their inboxes up to 36 times per hour [2].  This is problematic because studies have shown that the more time people spend on email, the lower their perceived output and the higher their levels of stress.  In particular, people who primarily check email in response to incoming email notifications reported lower output compared to those who check email without being prompted [3].

Throughout the past 50 years, meetings have increased in length and frequency, with between 25 and 56 million meetings occurring every day in the United States [4].  Organizations spend 15% of their collective time in meetings, a percentage that has increased every year since 2008 [5].  Despite this apparent increase in communication and collaboration, there is an abundance of evidence to suggest that meetings are not good uses of time.  A Microsoft study found that workers average only three efficient days per week, with ineffective meetings being one of the top reasons for wasted time [6].  While increased collaboration is essential in today’s global business environment, increased numbers of meetings are not.

Poor quality meetings are incredibly costly not only for an organization’s bottom line, but also in terms of job satisfaction.  One study found that how workers feel about the effectiveness of meetings correlates with their general satisfaction or dissatisfaction with their jobs, even after controlling for personality traits and environmental factors like work design, supervision and salary [9].

Doing too many things gets in the way of doing anything: the pitfalls of multitasking

Between flooded inboxes and calendars filled with meetings, it is no surprise that people multitask to accomplish everything on their to-do lists.  Multitasking involves rapid task switching and, as it turns out, this is not an area with which people are particularly adept. Studies have shown that a higher frequency of task switching is associated with lower perceived output, which could be due in part to cognitive fatigue and the redundancy involved in switching back to a prior task [10] [11].  Even though it may feel like you are moving seamlessly from one task to the next, studies have shown that people lose time when they switch from one task to another, and the time lost increases as the tasks become more complex [12].

While technology has made it easier than ever to be constantly connected to work, we must be judicious with our time in order to maximize efficiency.  But we shouldn’t just focus on managing our time – we also must manage our bandwidth.  Being strategic about our mental capacity for contribution is just as if not more important than whether we have an available time slot on our calendar.  By leveraging technological assets at our disposal, while safeguarding against its excesses, we can achieve more in life.  Because as Benjamin Franklin said, “Dost thou love life? Then do not squander time, for that is the stuff life is made of.”

Stay tuned for an upcoming blog on helpful hints for creating a well-structured workday.

Lianne Jacobs, Product Analyst, has a master’s degree in public health from Yale University. She is the only indoor cycling instructor who can’t ride a bike. She enjoys traveling the world, laughing at her own jokes, and tricking her husband into eating baked goods made with hidden vegetables.