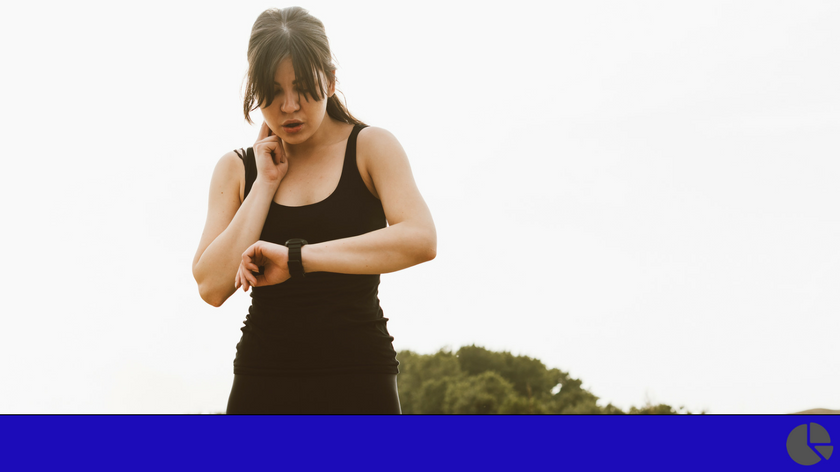 Making healthy choices is fraught with peril, which is made especially clear when deciding between leaping out of bed for a weekend run or sitting down to a stack of pancakes. Whether cognizant of it or not, time discounting – the darling of behavioral science, which explains why we value immediate rewards more highly than future ones – is a key factor behind this quandary. While time discounting may provide a scientific basis for your Saturday morning languor, it is certainly no excuse for it. From a wellness perspective, the question then becomes what tools we have at our disposal to refocus attention on the long-term value of a run (good health) relative to the short-term pleasure of those syrup-laden pancakes.

With the explosion of wearable devices and smart watches on the market in recent years, individuals have been furnished with a mechanism with which to track their activity and monitor their health. However, in isolation, these devices have not proven themselves to be significant drivers of physical activity or health improvements, and often suffer from engagement lulls after several months of use. Does all of this point towards the need to look elsewhere for an incentive to overcome time discounting? No, at least not when you fight fire with fire and pit behavioral science against itself.

Vitality Active Rewards™ with Apple Watch appeals to behavioral science principles to transform Apple Watch from an activity tracker and productivity tool into a device of behavioral change. Members opting into the benefit pay a nominal activation fee and sign a two-year contract during which time they can earn their device for free if they meet their monthly activity targets. While this appears relatively simple, multiple behavioral science techniques run in the background to ensure that the jog is valued more than the pancakes (most of the time at least):

This is all good in theory but how does this pan out in practice? A recent six-month analysis of Vitality Active Rewards with Apple Watch participants illustrates that not only do members exhibit substantial increases in activity, but – more importantly – those increases have been sustained in the months following the benefit’s launch. Furthermore, the benefit attracts individuals across risk profiles and, regardless of their initial risk, all members exhibit sustained improvement in their physical activity behaviors. In short, members across the risk spectrum are exercising more often and at higher rates of intensity.

Daniel Kahneman, a Nobel Prize-winning pioneer in behavioral economics, noted that “We think, each of us, that we’re much more rational than we are.” While behavioral science explains some of our lapses in rationality, it also helps pave the way to remedying them one step at a time.

Daniel Kotzen, Product Analytics Manager, loves storytelling in its many forms – from statistical analyses and infographics to art and restaurants reviews.