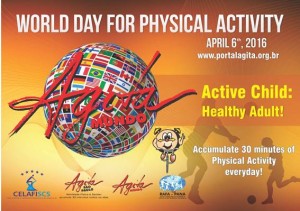 Risk factors for Type 2 diabetes include family history and poor health behaviors, such as increased weight, poor nutrition, decreased physical activity, and high blood pressure (if you are concerned, you can take a Type 2 Diabetes Risk Test and should consult a physician). However, there are a few things you can do to combat these risk factors.

Nutrition plays a key role in health. In the context of diabetes prevention, the recommendation is to increase foods with a low glycemic index (GI)* in our diets to regulate blood sugar levels. But did you know that regular physical activity can also greatly reduce your risk for developing Type 2 diabetes?

Exercise keeps off excess weight, lowers blood sugar, and increases sensitivity to insulin, allowing cells to more efficiently remove glucose from the bloodstream. A longitudinal analysis of nearly 6,000 men in the United States found that for each 500 calories burned per week during moderate to high intensity exercise (walking, stair climbing, biking, and other sports), the risk of developing Type 2 diabetes decreased by 6%.

One such network that promotes physical activity as chronic disease prevention is Agita Mundo. They planned the World Day for Physical Activity in association with the World Health Organization (WHO).

Taking place tomorrow on April 6, the goals of World Day for Physical Activity include:

What will you do to increase your physical activity and reduce your risk of diabetes on April 6?