Mental Health Promotion: Will the US Leave its Citizens Behind? 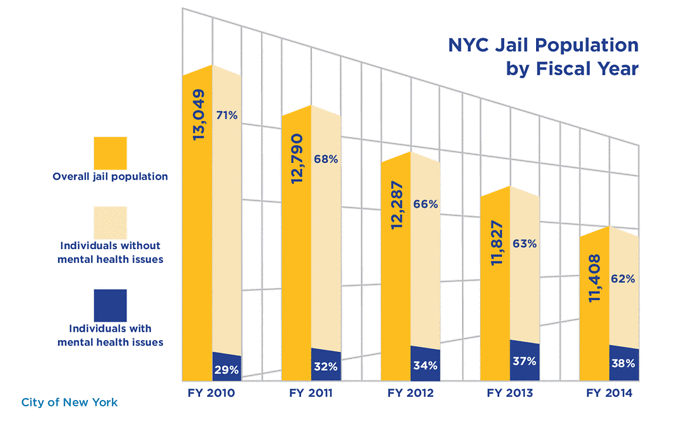 Can you guess the number one provider of mental health services in the US? If your answer was jails/prisons, you are correct. Mental illness (MI), the leading cause of disability in the US and globally, has historically been underinvested in. At the same time, the burden of disability attributed to mental and behavioral health disorders including depression and drug use disorders increased by 43% and 85%, respectively, from 1990 to 2010 in the US and no global progress has been made. Fortunately an international mental health movement is underway. The question remains: will the US join it or leave its citizens behind?

Globally, the World Health Organization (WHO) launched a Mental Health Action Plan: 2013-2020, which represents the first real political commitment to mental health by its 194 Member States. The United Kingdom launched the Mental Health for Sustainable Development report by its All-Party Parliamentary Group on Global Health and Mental Health, and Grand Challenges Canada has invested CAD $31.5 million in 61 global mental health initiatives to date.

In the US, some progress has been made locally and must be applauded: New York City announced a plan to tackle incarceration of individuals with MI head-on, allocating USD $130 million over the next four years to reduce the growing number of inmates with mental health and substance abuse problems. Rather than punishing individuals with MI who committed minor crimes, the city will provide them with treatment. Mayor de Blasios bold move marks significant progress in a country that represents only 5% of the world population but nearly 25% of the worlds prisoners, one of the highest incarceration rates globally.

According to the NAMI report on State Mental Health Legislation 2014, states have failed to make real investments in mental health, and in many parts of the country, mental health systems are in a state of disrepair. There are only two exceptions, highlighting the result of Congresss failure to enact comprehensive mental health care legislation: Virginia allocated $54.9 million to strengthen hospitals, civil commitment standards, crisis services, intensive community services and telepsychiatry; and Wisconsin authorized both a grant program to encourage psychiatrists to practice in underserved regions, and funding to establish partnerships between law enforcement and mental health systems.

The Overseas Development Institute (ODI) has released a mental health policy action plan outlining lessons from other social movements including HIV, tuberculosis and tobacco control. For progress, we must unite on a coherent policy ask, develop an advocacy strategy around the severity of the issue and the related costs, collaborate with institutions like the WHO which will monitor progress and hold parties accountable, engage divergent groups within the mental health community to develop consensus, and build knowledge exchange across the mental health network.

With effective strategies at our fingertips, will the US join the international community to improve the mental health of its citizens?

How Vitality is Giving Back this Giving Tuesday
Food: the first line of defense in your health
Family Health History: A Perfect Gift For Your Loved Ones This Thanksgiving
Get the facts