Have you ever thought of Exercise as Medicine? 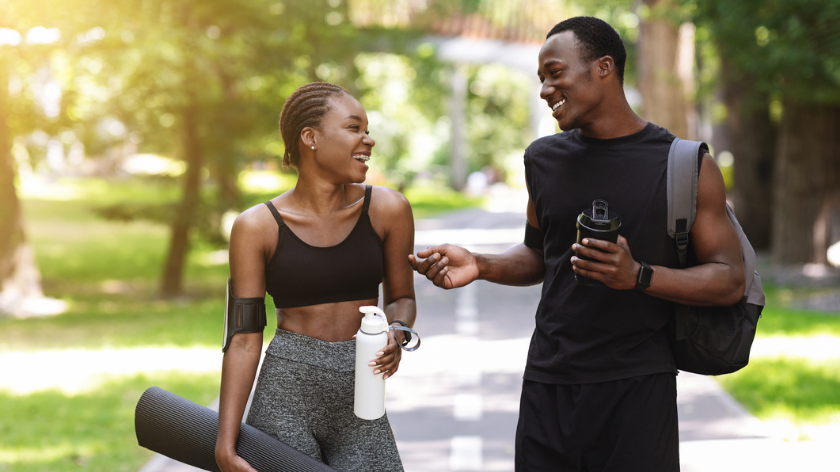 Once upon a time, if you suffered a heart attack, you were prescribed bed rest.  In fact, less than 100 years ago in the 1930s, cardiac patients were ordered to six whole weeks of bed rest. Your heart had just suffered a major, damaging event, and remaining still in bed was the best way to help it heal.  Makes sense?  Maybe not.

Treatment for cardiac patients evolved as some brave physicians had a feeling that getting people moving sooner could possibly help them recover.  In the 1940s “chair therapy” was the norm, which although still sedentary helped avoid some of the detrimental effects of pure and prolonged bed rest.  Then in the 1950s cardiac patients were allowed a 3-5 minute daily walk after four weeks of rest.  Eventually we realized that although these patients were returning to activity sooner and sooner following their cardiac event, they did not worsen.  In fact they had much better long-term outcomes.  And so cardiac rehab was born. [1]

But it’s just one example of how exercise literally does the same thing as medicine.  The list of benefits from exercise is a long one.  In early life activity and movement is a major driver of healthy development.  In our adult years it’s a powerful modifier of health risk.  As we near retirement age it becomes a mitigating factor for slips and falls, which can be devastating events as we age.  But let’s stick with the cardiac rehab example.  It’s perhaps the most straightforward mechanism of how exercise can be like medicine.

As we age our blood pressure can rise, and this means your heart has to work harder to pump blood around the body.  This is partially because our blood vessels can become stiffer and less elastic, effectively acting like narrowing pipes.  But when we exercise, the vessels supplying the muscles actually open up so the muscles can get more blood.  When you stop exercising those vessels remain open for some period of time, often for hours.  The result of the wider vessels is a lower blood pressure, which protects your heart.

Like every other muscle in your body, the heart can get stronger if you exercise it and can weaken if you do not.  By exercising you make your heart stronger, which then acts together with the dilatory effect of exercise to make it even easier for your heart to do its work.

The result is that individuals who take hypertensive medication can require less medication to achieve the same blood pressure target.  In fact, often times the dose must be adjusted so that following exercise their blood pressure does not go too low—that would be because of the combined effect of the medication and exercise.

And in case you forgot, heart disease is still the leading cause of death in America.  Exercising—and exercising your heart—is an important way to prevent it.  If you are a Vitality member, you might even get rewarded for it, too!

To learn more about exercise as medicine, make sure to check out the recording of the September Health FYI on powerofvitality.com.  And for a fun doodle created by a Vitality member to summarize this information, check out this Tweet by Ayumi Fukuda Bennett.

With a PhD in Exercise Physiology, Jonathan Dugas spends his days thinking about how we can help more people be more active.  With four Ironman finishes and 13 marathons and counting, he’ll see you out on the road.