Anchor Your Day in a Healthy Way 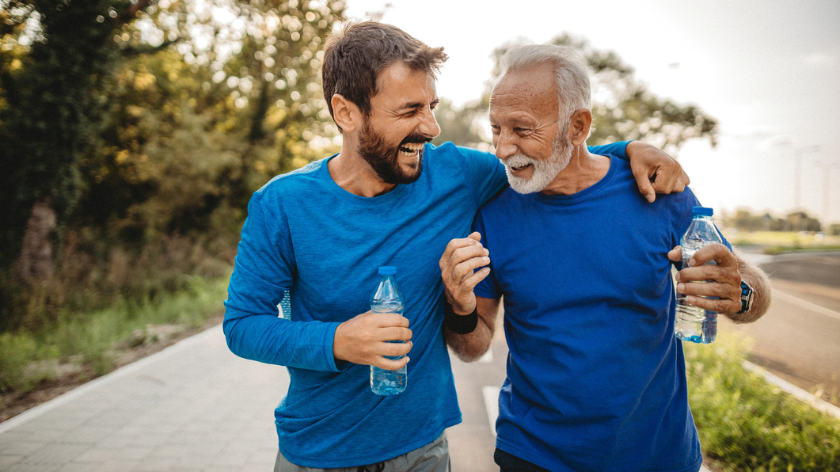 Have you ever considered how the way you start your day influences your behavior throughout the day?

Think about it for a moment. Can you recall a morning that started with a frantic realization that you somehow missed your alarm and overslept? Did you feel rushed and stressed the rest of the day, like you couldn’t catch up?

Then there’s those mornings where you find yourself saying “Oh why not?” and reach for a donut or other morning pastry as opposed to a healthier choice. Did that decadent start influence the food choices you made throughout the day, perhaps in a not-so-positive way?

Many years ago, when I decided to commit to a healthier lifestyle, I noticed that when I started my day with a run or a workout, I remained tethered to healthier behaviors throughout the day. This visual of an anchor formed in my mind’s eye and I’d conjure it if I found myself drifting toward eating something I knew I’d regret later or making other choices that weren’t aligned with my commitment. As my morning workouts became the routine – my habit (other healthy behaviors) – soon followed.

This mindset also serves me well in my role as Vice President of Behavior Change at Vitality. I work with a wonderful team of people who are passionate about creating interventions and experiences that help people find their way to being their healthiest self.

Anchoring is a technique we encourage our members to use to prompt desired behaviors. A growing body of evidence demonstrates that habitually performing a health-promoting behavior (go for a walk) can become easier to persist as a routine when associated to a contextual cue that is already part of a daily routine (after I eat lunch). Once these healthy actions become “transferred” to external cues, they become more automatic. When was the last time you really had to think about buckling your seatbelt after getting into the car or brushing your teeth first thing in the morning? It’s a wonderful technique!

When my children were younger, I helped them find their healthy-behavior cues using a “Mad Lib” approach, prompting them with fill-in-the-blank sentences like “It’s Saturday and I don’t want to [form of exercise], but after I [pick breakfast, lunch, or dinner], I will do it for at least [pick a number between 15 and 45] minutes.”

Thinking this way makes it easier to make healthier choices throughout the day by starting the day in a healthy way. Here are a few tips for getting started.

Not a morning person? Why not try to become one and see if it changes your daily routine in a positive way. If after giving it a try you find it’s just not you, that’s ok; think about your daily routine and find the cues that will work for you!

Christine Brophy, Vice President of Behavior Change, mother of three incredible young men, cancer survivor thriver and eternal optimist. When not found at her desk, she’s likely to be off for a run in the woods.